At Blue Willow,  Jessica (Gregg) Levins spoke of her training and experiences in different competitions.  2010 Olympic was her highlight.  She was very generous and brave to pass her Olympic silver medal to all of us.  We’ll never get that close to an Olympic medal again.  We were very appreciative that her parents, Randy and Kathy, were in attendance.  She and her family are a class act.

The winning team was:  Jordan Levins, Jessica (Gregg) Levins and Stan Mah.  Their names will be engraved onto the Suzanne Mah Memorial Golf Tournament trophy. 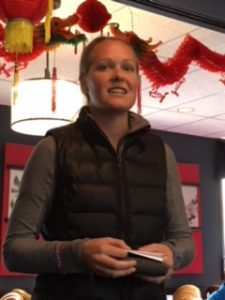 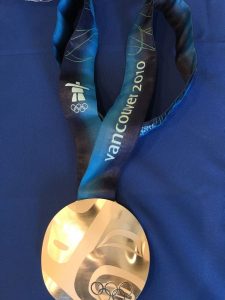